DragonBird Theatre – prepare for a land of make believe!

When I was a new mum (all those many moons ago!) and grappling my way round the ‘baby circuit’, I was at a loss some days for what to do. Not because there was a lack of activities in Bristol, almost the complete opposite- I found myself overwhelmed with opportunities. The trouble was, Jemima wasn’t a fan of the car, or pushchairs – so wherever we arrived, she was usually having a meltdown, we were both stressed, hot & sweaty & everything seemed to start on the back foot. 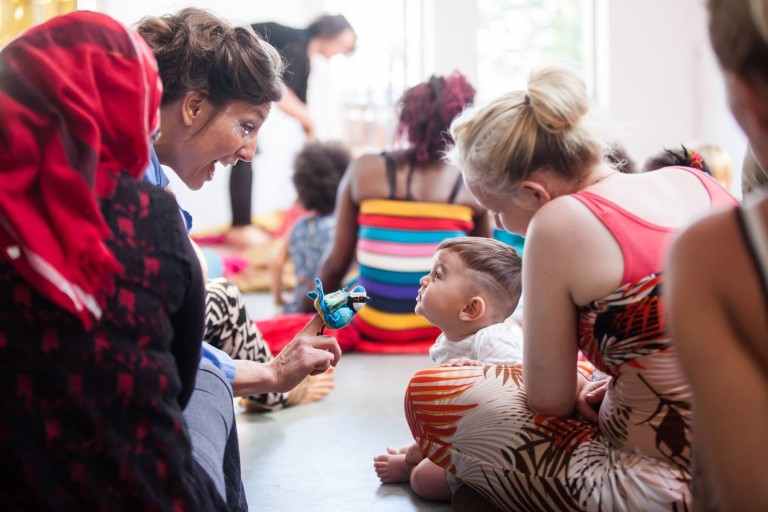 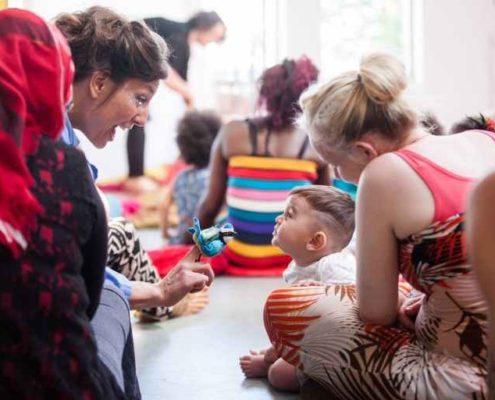 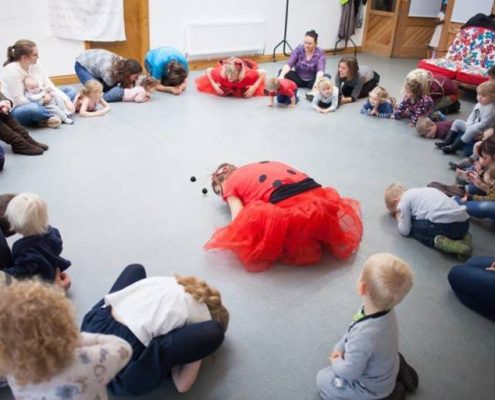 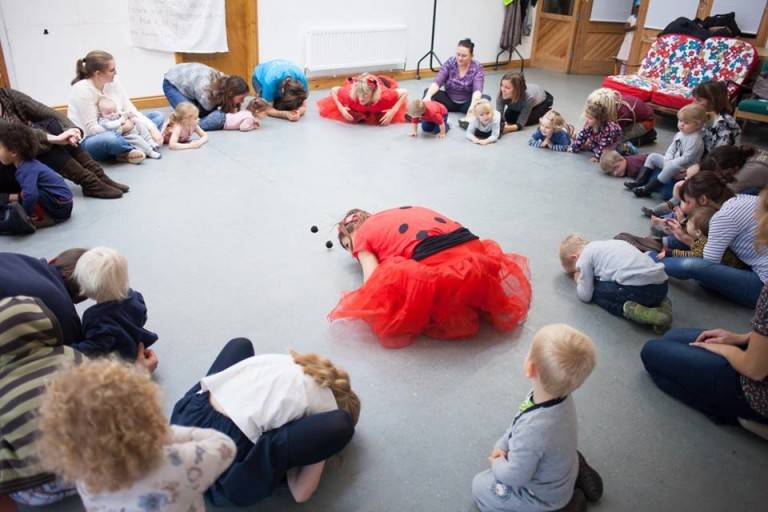 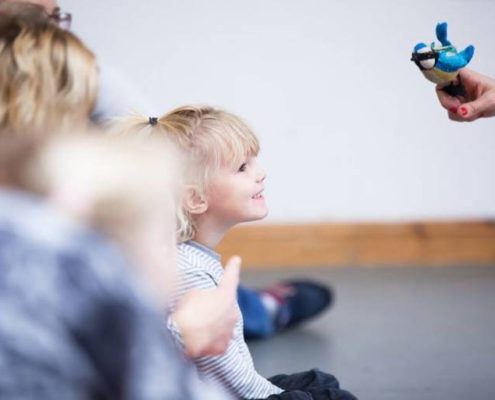 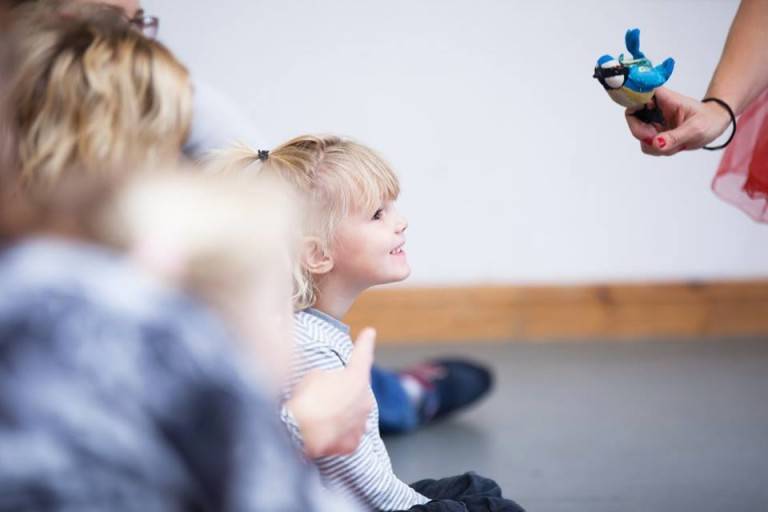 Eventually, I decided it didn’t matter where we went, we were going to arrive in a pickle anyway, so we might as well make it something worth getting in a state over. I plumped for DragonBird Theatre Company, despite it being the other side of town for me, I was drawn to them as it was the first time I’d come across theatre for babies.

I wasn’t let down. In true form, Jemima & I arrived in our usual ‘post meltdown car journey slightly stressed’ fashion, but it was worth the effort. I can still remember it now. The session began with the performers (and brains behind DragonBird Theatre) Lotte Norgaard and Tilly Langdon, walking aroung the space & greeting every one with hand puppets Dragon & Bird, singing their signature ‘hello song’. You get used to ‘hello songs’ at groups, they’re usually nice enough, but sung with a slightly forced smile. This one was far more beautiful, almost folk like & soothing – in fact, almost 3 years on and I can still hum the tune.

They then began a short performance of We’re Going on a Bear Hunt – everything larger than life & almost like a real life cartoon in front of your eyes. The children were spellbound. Completely caught up in the moment. The performance itself was only around 15 minutes, so no time for attention spans to wander, before the audience was invited to join the adventure. The room was divided into different areas so the children could experience ‘walking through the squelching mud’ or the ‘swishy swashy grass’, making the whole thing larger than life & completely interactive.

In terms of ‘the baby circuit’ that was some time ago, but the memory stays with me- it completely captivated all the children & gave them that first taste of theatre. Capturing their imagination, from the safety of their parents laps and showing them the power of make believe.

I’ve followed DragonBird Theatre ever since and although I can’t make it on a regular basis, I love what they do. Both Lotte and Tilly were drama teachers, before they formed DragonBird Theatre and both felt compelled to work with early years. Both of them have complete for what they do & radiate a real warmth. Their philosophy, is it allows families time to enjoy playing together – to think about nothing else for those 45 minutes and just indulge in the experience.

The sessions are all carefully structured for short attention spans, incorporating all the senses – so they’re engaging from the get-go. They’re aimed from birth – 5 and you can really see it working on every level. In fact, they don’t stop there – coming up they’re performing The Tempest as part of Shakespeare for Babies at The Egg. How’s that for ambitious?

DragonBird Theatre Company was a little chink of sanity & escapism, in the midst of a very full on time for me. To watch little ones get caught up in the fun and spirit of adventure, is a joy for any parent. It’s part of their childhood I want them never to grow out of.

Small Business Saturday At The Treasury