I was recently invited to be a panellist for the Great British Budget this February and monitor how we spend our money. You may remember my first blog post at the beginning of this month, as things all got started. My major concern wasn’t the budgeting, as using the handy app I could download. I was right – though I downloaded it correctly y & started with the best intent, as a freelancer, monitoring income & outcome wasn’t so easy – with payment at unpredictable times of the month.

Not put off & with an impending visit from the stork, I decided to monitor things as best I could- spurred on by the thought of saving a few pennies. When I was recently sent this report from Liverpool Victoria, which seemed more than relevant, all things considered.

However, I am a woman of many talents, but number crunching I am not! So, with that in mind, my lovely other half is guest blogging for this post. As a Database Analyst, father & fellow budgeter, he’s more than suited to this job. Over to you Eddie Woo…

The REAL cost of raising a child

Right then, I can’t promise to be as flamboyant and even literate as Freelance Bristol Mum, but I have to agree that I may be better placed to discuss financial matters, as most, even basic calculations, get thrown my way when we’re both in the room. I’m talking even simple things like 200 divided by 4, I think it’s just my role as father, partner and family calculator.

These numbers often get thrown at you, often pretending to be helpful, but actually really just a scare tactic to get people to read all the facts, and potentially buy things. Let’s initially break it down. UK wide the average cost of raising a child is £227,266, with the Southwest among those areas actually higher than that at £233,555. This equates to slightly over £10,000 per year. So with a family income of say £50k per annum we’re looking at 20% spent on the child. And that’s just ONE child. This is where I think it already falls down. If you have more than one child, there is still the implication that it costs this much per child, but most parents would not buy completely new EVERYTHING for a second, third or fourth child. Of course there are costs that are specifically per child, namely education, but depending on school choice this impacts more greatly in the child’s later life.

Education. According to the reports, if you start looking at the numbers, Education takes into account over £70k of the £227k. Now schooling from 5-16 isn’t cheap and definitely needs budgeting, but a hefty part of this number is taken by the Higher Education years, where £9k a year tuition fees, subsidised rent and general living expenses often eat into even the wealthiest parents hard worked earnings. So those of you with pre-schoolers have a little way to go for this, but those with teenagers have this just around the corner.

The next biggest chunk is the opposing end of the age range and is looking at childcare and babysitting. A staggering £66k is spent on this, making the ages 1-4 the most expensive per year after the higher education years.The cost of childcare has risen recently, and this is again shown by the fact that this number has risen 67% since 2003. It’s a necessary expense with the modern day working family, in fact an interesting point made in the report states that the average parent now say they have to earn £26k per year just to make it worth their while going back to work due to high childcare costs.

The next set of items on the list are food/clothing/holidays/hobbies and toys, all costing between £10k and £20k over the ages 0-21. Although there are lots of variations on costings of food, between buying pre-made ready meals and cooking yourself, I think this is a family choice and although if on a budget I’m sure cost savings can be made, food is still a compete human necessity. Clothing and toys are interesting. As touched on earlier, as long as you are willing to use second hand items, and when I say second hand I mean both from your own child and potentially others, I think this cost can be brought right down.

When Jemima was born, which I’m sure is a familiar tale, there were lots of very generous friends and family eagerly giving us clothes, and to a degree, toys in preparation for parenthood. Yes we still bought some nice clothes, but if we didn’t want to we could easily have survived on the gifts of others. It’s never made clear in reports like this about whether second hand items are included. The fact it’s not mentioned would suggest it assumes everything is bought new. Using that logic, buying second hand items, or even re-using items, like cots, moses baskets, clothes, toys, etc can really cut this scary £200k+ number right down.

There are other items of note in the report and it does make interesting reading, but it’s the headlines that always set out to scare you. What I don’t ever think is taken into account is the actual life changes that families make for children. When children come along they become your life, whether you want them to or not, and as part of your life the money you earn will be spent on them. Lets face it, most children are loved & wanted, so as a parent you are choosing to spend your money on them.

It’s naive to think that some costs won’t go up after having a child, everyone knows nappies have a cost for example, but as a huge part of everyday life they fit into the budgeting and you get on with it. Holidays were mentioned above but a camping holiday in Devon has different cost implications to a 3 week trip to Disneyland and families budget accordingly. Reading articles are definitely interesting and the main point of Liverpool Victoria’s report is to ensure families have sufficient insurance should bad things happen. It’s a very valid point and worth considering, but not because it costs £230k to raise your child, but because you and your family might need it.

See – I said he’d break it down better than me!  ‘Family calculator’ isn’t a bad description, though I’m quite sure I’m not that bad… to add, we’ve been looking at second hand much more this time & love mooching around charity shops. That said, the sales have been so good this year, it’s not always been cheaper to buy second hand & we’ve managed to buy a cot, mattress & changing unit for £185,  from a leading retailer – much cheaper than we could find on Gumtree on eBay. Happy Budgeting! 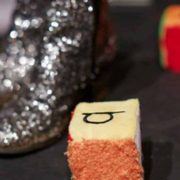